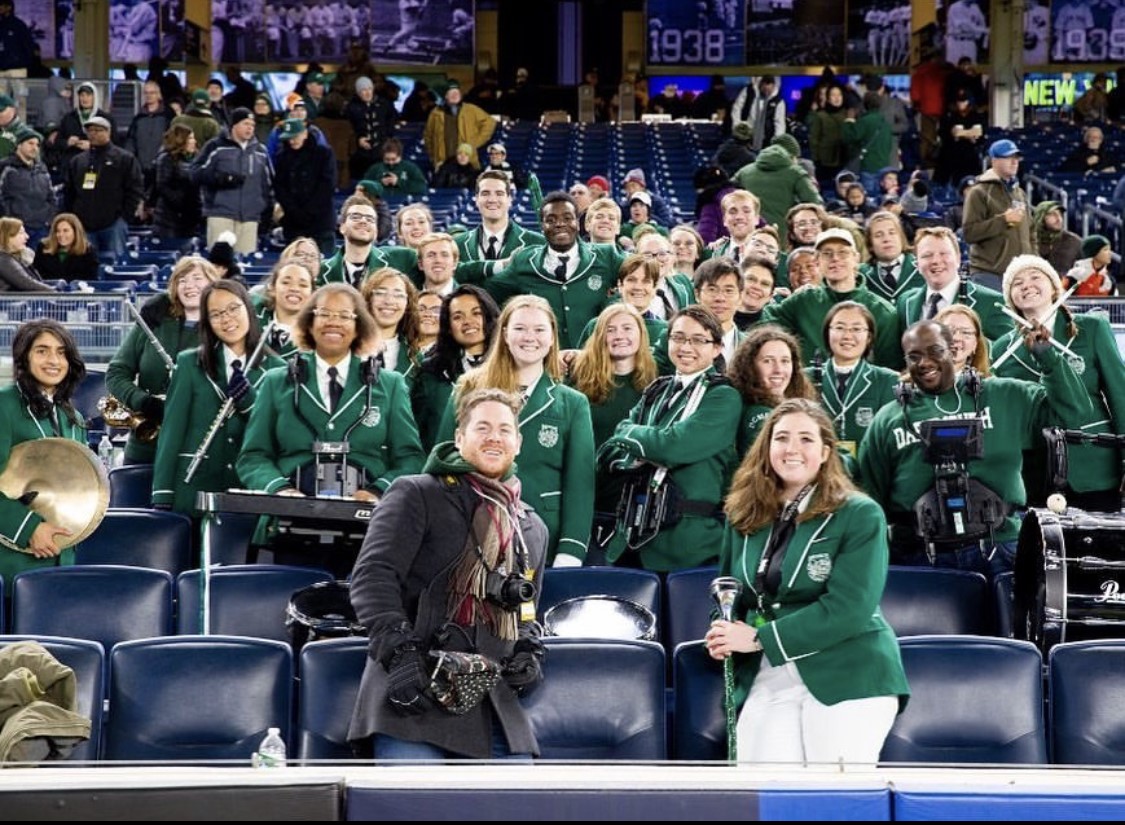 The Dartmouth College Marching Band is an integral part of many Dartmouth sporting events. In the fall, we open every home football game with a parade through Hanover, concerts at alumni events, a show on the field, the national anthem, and the alma mater. During games we keep the crowd lively by playing tunes in the stands, and go on the field again at halftime. After the game, if Dartmouth wins, we celebrate by marching through the library playing our school fight songs. In the winter, we continue to play as the Pep Band!

The DCMB has been a scatter band (sometimes called “scramble band”) since the 1960’s. Because we are a small school, we do not have the numbers it would take to do formal marching formations, like you might have done in high school. Instead, our shows are based around a humorous script collectively written each week by members of the band. We march out onto the field, but then we run into a formation that serves as a complement or punch line to the jokes in the script. As a result we spend very little time on marching drill, and have a funny show that generally pokes fun at our opponents.

Band members do many things together in addition to playing and marching. Our social chairs arrange events including a potluck, a scavenger hunt, or anything else that seems fun. In the winter the band plays intramural hockey together. Freshmen often make some of their first and closest friends in the band.

We’re also very active in other regions of the Interwebs! Check out our other sites: